Who is driving the global conversation about disruptive innovation in financial markets? Today, Refinitiv is launching the #RefinitivSocial100, a list of the top social media influencers in financial technology.

Driven by rapid developments in technology, the finance sector is experiencing unprecedented changes. From AI and machine learning, to cloud technology, big data and digitalization of wealth management, we are seeing profound change as technology and innovation disrupts the sector globally.

What better time, then, to launch a ranking of the world’s most influential social media users in financial technology?

To showcase the interesting conversations they are starting, we have brought together all our #RefinitivSocial100 in a single place.

In the coming months, we will be running a series of events featuring the #RefinitivSocial100. Their insights will be shared on our website, and via our social channels.

How was it compiled and ranked?

To produce the #RefinitivSocial100 list, we worked with a team of analysts who are specialized in social media, to create a list of over more than 300 global influencers.

This initial list was based on four key metrics, compiled through a combination of Twitter and LinkedIn data:

The list was subsequently sorted according to Topical Engagement, which is a combination of Relevance (number of on-topic posts) and Resonance (normalized engagement score).

This enabled us to produce our final standings and identify the top 100.

In addition to the overall global rankings (1-100), we have segmented the list into regional top fives for Europe, North America and Asia.

The #RefinitivSocial100 list showcases individuals who share their views and drive global conversations on social media out of sheer passion for the finance industry rather than as a core part of their job.

To reflect this, we have excluded journalists and analysts from the list and, to avoid any hint of cronyism, we also excluded Refinitiv employees.

Their overall reach and influence on conversations within the finance sector is impressive.

Together, they have more than 4.7 million followers and, in 2019, have published 65,000 social media posts, driving 474 million impressions. Their posts attract more than 38,000 engagements — likes, replies and shares — every week. 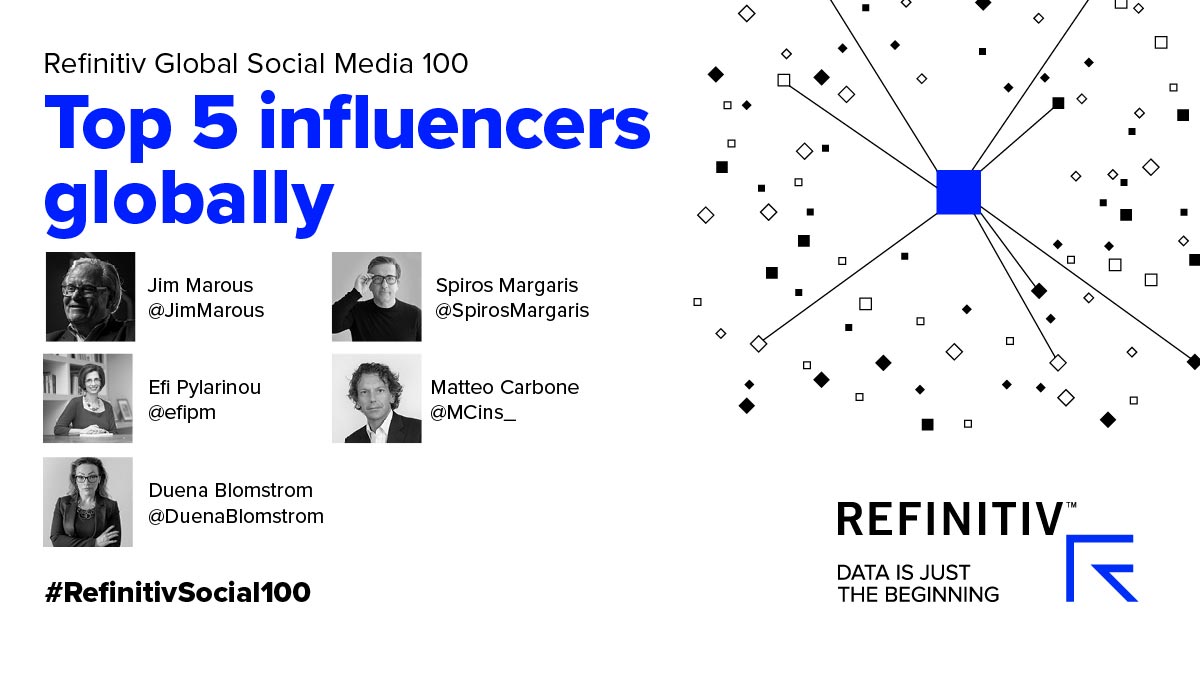 Jim is an internationally recognized financial industry strategist, co-publisher of The Financial Brand and the owner and publisher of the Digital Banking Report.

Spiros is a keynote speaker at international fintech and insurtech conferences, and publisher of articles on innovation and thought-leadership.

Efi is an independent fintech/blockchain advisor and Co-Founder of Daily FinTech. She holds a PhD in Finance and is an experienced Wall Street professional. 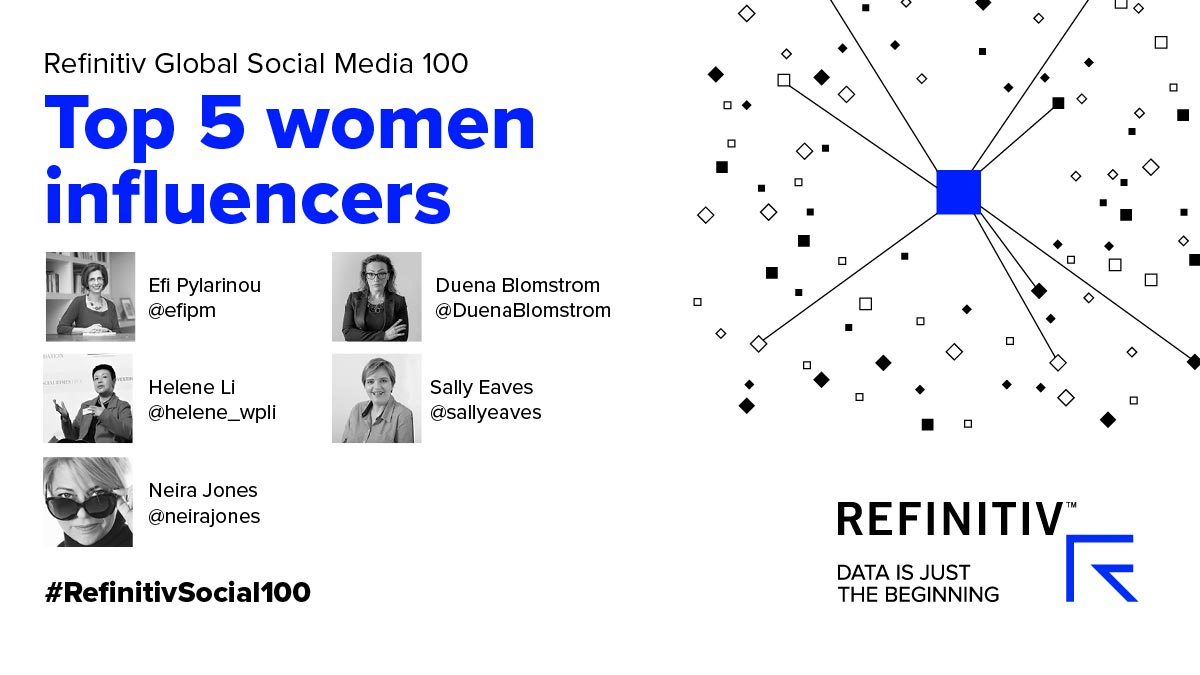 Matteo is non-Executive Director and Co-Founder of IoT Insurance Observatory, an insurtech thought leader, keynote speaker, and writer on insurance innovation. He ranks among the top international insurtech Influencers.

Duena is CEO and Co-Founder of PeopleNotTech. She is a Forbes contributor, keynote speaker blogger and author.

Refinitiv invite you to follow and join the conversation via #RefinitivSocial100 on social media.