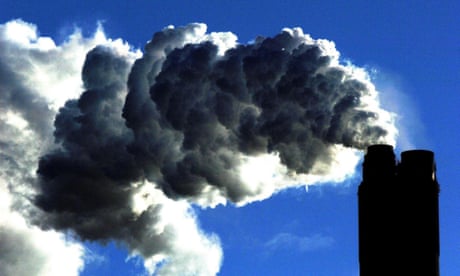 A protest against the Drax power station in North Yorkshire. Photograph: Guy Bell/Rex

G20 countries have almost tripled the subsidies they give to coal-fired power plants in recent years, despite the urgent need to cut the carbon emissions driving the climate crisis.

The bloc of major economies pledged a decade ago to phase out all fossil fuel subsidies.

The figures, published in a report by the Overseas Development Institute (ODI) and others, show that Japan is one of the biggest financial supporters of coal, despite the prime minister, Shinzo Abe, having said in September: “Climate change can be life-threatening to all generations … We must take more robust actions and reduce the use of fossil fuels.” The annual G20 meeting begins in Japan on Friday.

China and India give the biggest subsidies to coal, with Japan third, followed by South Africa, South Korea, Indonesia and the US. While the UK frequently runs its own electricity grid without any coal power at all, a parliamentary report in June criticised the billions of pounds used to help to build fossil fuel power plants overseas.

Global emissions must fall by half in the next decade to avoid significantly worsening drought, floods, extreme heatwave and poverty for hundreds of millions of people. But emissions are still increasing, with coal-fired power the biggest single contributor to the rise in 2018.

“It has now been 10 years since the G20 committed to phasing out fossil fuel subsidies, yet astonishingly some governments are actually increasing the amount they give to coal power plants,” said Ipek Gençsü, research fellow at ODI and lead author of the report.

“Momentum is growing around the world for governments to take urgent action to tackle the climate crisis and ending subsidies to coal would bring benefits to all [including reduced air pollution] and help set a level playing field for clean energy,” she said.

Han Chen, energy policy manager at the Natural Resources Defense Council and co-author of the report, said: “Other governments may struggle to take Japan’s rhetoric on climate change seriously, as this year’s G20 host government continues to pour billions of dollars into propping up coal. If prime minister Abe is serious about dealing with climate change, he should end Japan’s government-backed finance for coal.”

Green campaigners are planning protests in Japan against the G20’s coal subsidies and in nations where coal plants are being funded. China is supporting coal plants in the Philippines, opposed by the Oriang women’s movement, which campaigns for gender and social justice.

Flora Santos, the movement’s president, said: “We cannot continue to live in peril and in the face of ever-worsening threats to the survival and security of our families. The expansion of the coal industry and projects must stop as soon as possible.”

The researchers totalled the financial and tax subsidies given for mining coal and building and maintaining coal-fired power plants, including investments by state-owned companies. They found the average annual amount increased from $17bn in 2014 to $47bn in 2017. In contrast, the subsidies for coal mining halved, from $22bn to $10bn.

“In reality, government support to coal is much larger than our report’s numbers show, because many G20 countries still lack transparency on the many ways they subsidise coal,” said Ivetta Gerasimchuk, at the International Institute for Sustainable Development and another co-author.

Coal is seen as a sector in terminal decline across the world, from Asia to the US to Europe, and the International Energy Agency reported that total investments in new coal plants have fallen by 75% from 2015 to 2018. The reason state subsidies are bucking this trend may be because governments are choosing to prop up the sector for political reasons, said Gençsü.

“They are just kicking the can down the road,” she said. “The money would be much better channelled to managing the [low carbon] transition and setting an end date. Coal use is going to end – it is the trajectory the world is on – but they are really dragging their feet.”

About 5% of the subsidies identified in the report went to assisting a transition away from coal, mainly in Germany and the UK. But other programmes have been launched since 2017, including a $15bn fund in China for coal and steel workers, and a €250m scheme for coalminers in Spain, which is not a G20 nation.

The World Coal Association did not respond to a request for comment.