How close are we to clean water for all?

This is part of a series on the Millennium Development Goals. In the run-up to aUN summit in New York on 25 September, we look at how the world has changed over the past quarter of a century through the prism of the original development goals.

The Millennium Development Goals (MDGs) aimed to halve the number of people without access to safe drinking water and sanitation by 2015.

The good news is that the drinking-water target has been hit (five years ahead of schedule, in 2010). Between 1990 (the baseline for MDG targets) and 2015, the proportion of the global population using an improved drinking-water source increased from 76% to 91%. 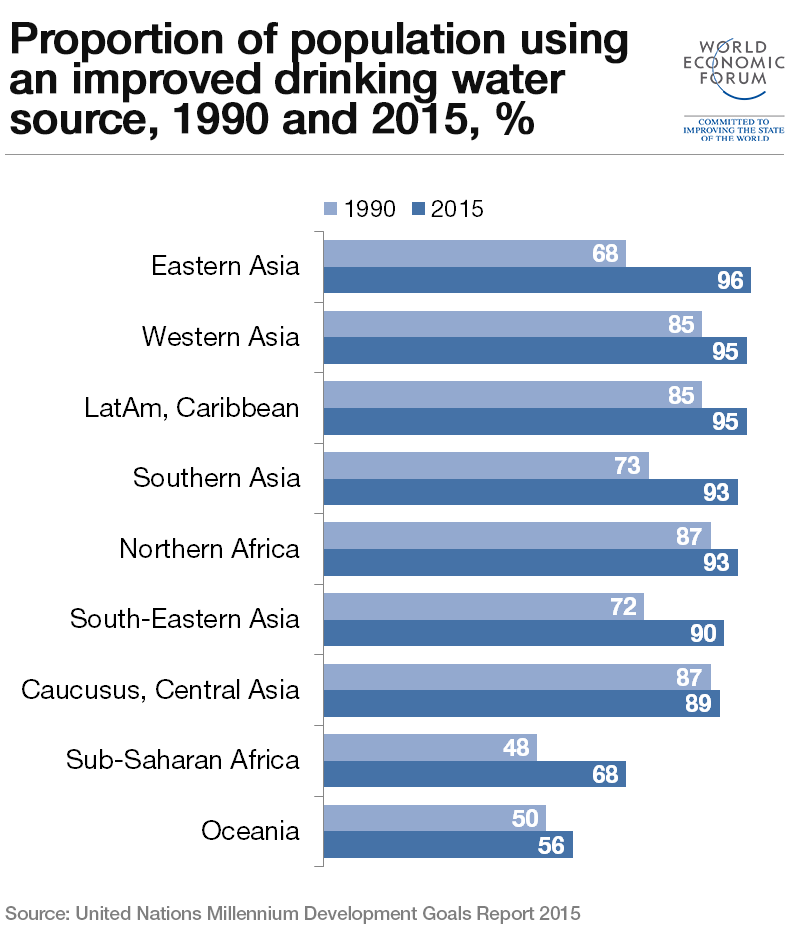 Since 1990, the proportion of the population without access to improved drinking water has been halved in eastern Asia, Latin America and the Caribbean, South-East Asia, southern Asia and western Asia. Sub-Saharan Africa was the only region that fell short of the target but still managed a 20 percentage-point improvement. However, an estimated 663 million people still use unimproved drinking-water sources, half of whom live in sub-Saharan Africa.

The news is not so good on sanitation. Between 1990 and 2015, Caucasus and central Asia, eastern Asia, northern Africa and western Asia all cut in half the proportion of the population without access to improved sanitation. Southern Asia was the worst-performing region in 1990, with just 22% benefiting from improved sanitation. But it has shown the biggest increase, reaching 47% in 2015.

Image: Slum dwellers carry drinking water containers which they filled from a water tanker provided by the state-run Delhi Jal (water) Board on a hot summer day in New Delhi, India, May 11, 2015. REUTERS/Anindito Mukherje