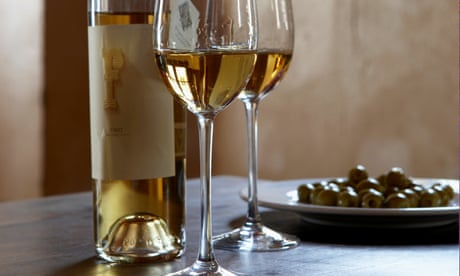 Wine: why sherry deserves its day in the sun | Fiona Beckett on wine

Sherry isn’t just for Christmas: it’s surprisingly good with a mixer, enjoyed with punchy finger food or just sipped with a good book

In summer, focus on the lighter styles of sherry for an alternative seasonal pick-me-up. Photograph: Preston Schlebusch/Getty Images

It seems impossible to write about sherry without trotting out the habitual cliches about maiden aunts and vicars (see how easily that slipped in, and in the first sentence, too?). You’d be justified in thinking that sherry was only a Christmas drink, but as anyone who’s ever been to Jerez (a fabulous city) will know (or indeed anywhere in the so-called “sherry triangle” at the tip of southern Spain), it’s ace in summer, too. Why, we wine writers wail, don’t people love it more? Especially given that the quality is consistently high, and prices, particularly of own-label sherries, are ridiculously low?

The main reason, I think, is because it’s dry – often painfully so. And it’s not all that fruity, either. Why would you drink a glass of fino (generally a small glass, so it doesn’t go very far), for instance, when you could have a glass of rosé or a G&T instead? In its 1960s heyday, sherry was more often than not sweet, and the competition from other drinks was derisory. Blue Nun or sherry? Sherry won hands down.

The other reason, given that the drinks industry thrives on innovation, could be that nothing much happens in the sherry world. True, there are the new(ish) en rama sherries (limited-edition, unfiltered bottlings), but they’re even more challenging to drink. Otherwise, it all chugs on much as it has done for the past 30 years.

So what’s to be done? Well, at this time of year, focus on the lighter styles such as fino and manzanilla for a start. In fact, I’d say take a leaf out of the locals’ book and drink a rebujito, which is fino mixed with lemonade (traditionally Sprite or 7-Up, but you may want to upgrade to a premium mixer). Sherry and tonic, jocularly known as a She & T, is also delicious.

And if you’re drinking your sherry straight, enjoy it with those tricky foods that defeat most still wines – artichokes, anchovies and olives, to name just three. That’s because saltiness and bitterness make dry sherry shine; it’s also a brilliant pairing with seafood.

Perhaps, however, the problem is that we’re also expecting too much of sherry. I happily pop into my local tapas bar in Bristol for a glass at the counter and a chat with the barman, much as I might in Spain. Or I pour myself a glass on a quiet night in and sip it while reading a good book. Maybe we try to make sherry too social when it should be a quiet, solitary pleasure. Eureka! Could be I’ve nailed the marketing pitch: enjoy a slow sherry. You heard it here first.

Four sherries to sip in the sun

Distinctively sharp and salty sherry from the coastal town of Sanlucar. Try with fried fish or salt cod croquetas.

Classic, single-vineyard fino. Dry but nicely smooth and rounded. Great in a She & T.

Off-dry, old-school, with a hint of raisin sweetness. Drink with hot tapas such as fried chorizo or with cheese (gouda is particularly good).

• For more by Fiona Beckett, go to matchingfoodandwine.com

This article contains affiliate links, which means we may earn a small commission if a reader clicks through and makes a purchase. All our journalism is independent and is in no way influenced by any advertiser or commercial initiative. By clicking on an affiliate link, you accept that third-party cookies will be set. More information.