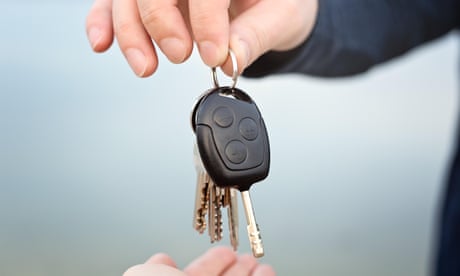 George Monbiot stirred up a hornet’s nest with his article about the end of the car (Cars choke the life out of our cities. We must scrap them now, Journal, 21 June). While most people now have a car, about 20% of families don’t, and the poorest quartile households use taxis most. To get people to use cars less needs an acceptable alternative. Most journeys are short: 50% under 3 miles and 70% under 5 miles. For those able to, walking and cycling are as fast, or faster if parking is considered, but people are walking less and hardly cycling because our urban roads are seen to be dangerous.

There are places that have halved urban car trips from 70% as in the UK, and upped cycling from 3% to 25%. Such places have maintained their electric trams, which are used for 30% of trips. The rest are walked. Such places have much less traffic, virtually no congestion, low pollution and fitter populations. While fuel duty is a significant revenue for the government more sustainable or active means of travel will have only symbolic investment and the NHS will continue to spend about a fifth of its budget treating traffic pollution-related illnesses.

• Further to the correspondence on moving away from car use (Letters, 24 June), perhaps a tiny step forward may be made by developing local dial-and-ride bus services such as those recently reported by Max Planck Research. The crucial developments in this example seem to be that the routes are determined by where people wish to go to, and it is integrated into transport networks. As this example from Germany shows, “you are the bus stop” seems to result in an increase in passenger numbers.

If the home of the European car industry can come up with such innovation, maybe some imagination is needed to do more with what we have.
Roland Pascoe
Chair, The Resilience Foundation

• I’m delighted John Crace (Digested week, 22 June) may be about to join the 46% of London households who don’t own a car. He’ll soon find that you don’t need one in London, especially if you have a bicycle, a car club membership or a Freedom Pass. But let’s not forget those outside London, for whom deregulation seems to have made public transport fragmented and unaffordable. If the government is serious about cleaning up the planet, decent public transport outside London has to become a priority.
Fiona Monroe
London

• Do you have a photo you’d like to share with Guardian readers? Click here to upload it and we’ll publish the best submissions in the letters spread of our print edition