Which country has the most endangered animals?

Indonesia has more endangered mammal species than any other country, according to World Bank data.

The following map illustrates the situation around the world, and shows the number of threatened mammal species in each country. This is based on International Union for Conservation of Nature’s (IUCN) classifications and is defined as those species which are endangered, vulnerable, rare, indeterminate, out of danger, or insufficiently known. 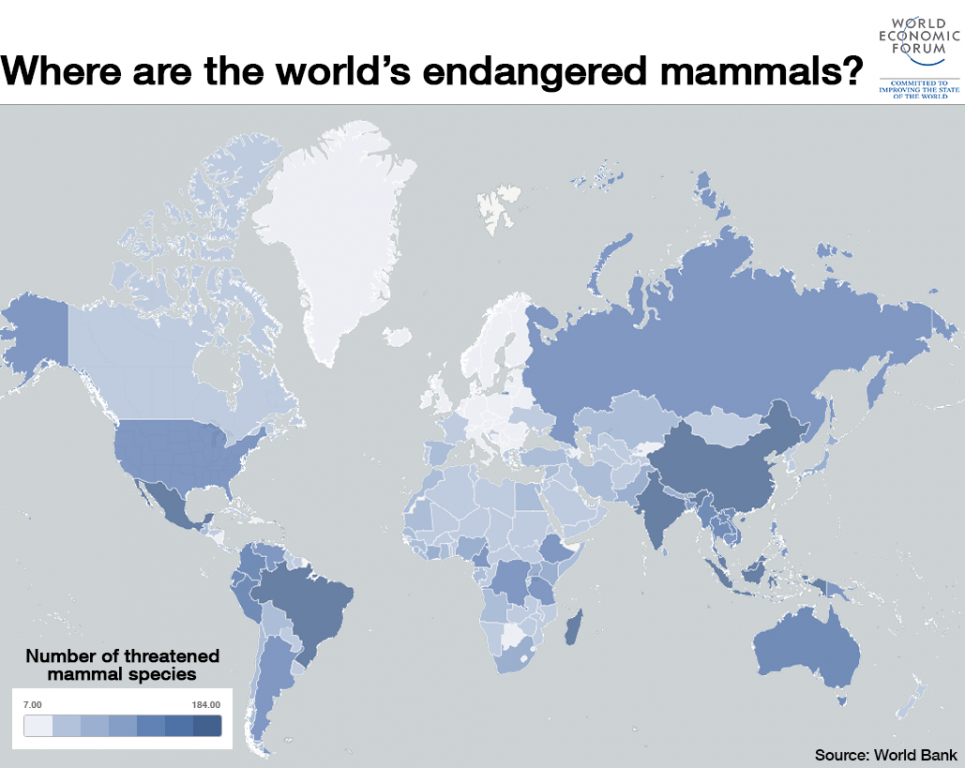 As the map highlights, Asian and South American countries have the highest numbers of endangered animals, with India, Brazil and Australia all featuring in the global top 10.

Species are coming under threat from a number of sources, from hunting and pollution to climate change and habitat loss. Animal and environmental protection present a major challenge for societies around the world as we aim to prevent species becoming extinct.

To keep up with the Agenda subscribe to our weekly newsletter.